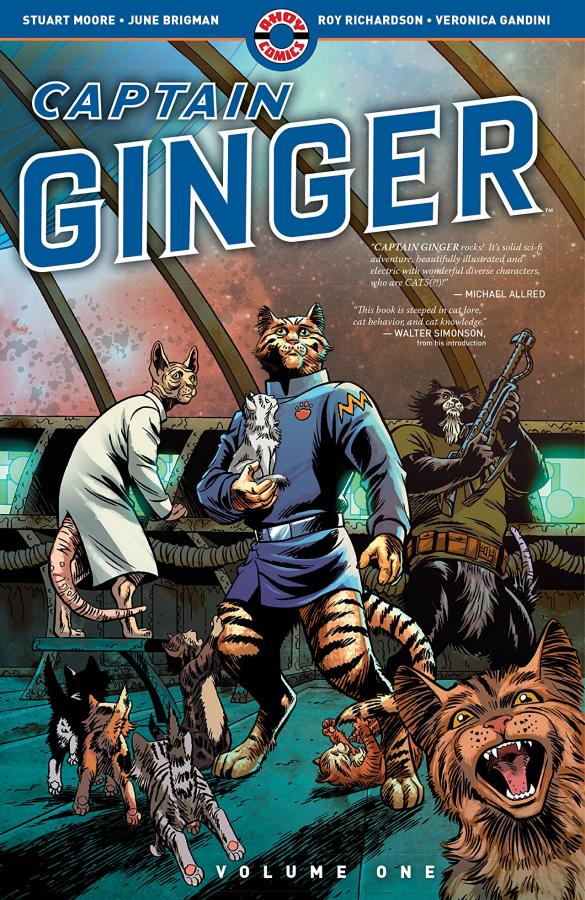 Now in one volume: the acclaimed tale of a starship run by cats! The intrepid Captain Ginger struggles to keep his fellow felines united against a hostile universe―and their own worst feline instincts, too. Featuring the entire original miniseries, plus two rare extra stories and a sketchbook of character designs.

"It's a sci-fi story first, make no mistakes, but with so many strong characters onboard, I look forward to the catfights, comedy and―wait for it―catastrophes to come." -Comicon

"This book is steeped in cat lore, cat behavior, and cat knowledge." -Walter Simonson, writer/artist of Ragnarok and Thor, from his introduction

"So wonderfully trippy and science fiction-y it reminds readers what it is about sci-fi that they love." - Adventures in Poor Taste