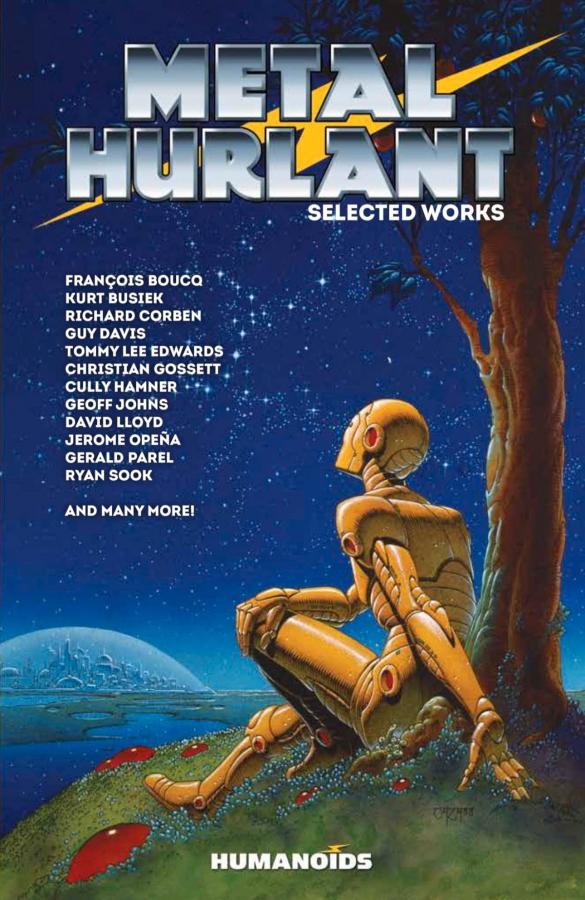 This all-star volume from 2020 features "Spare Parts" by me and the amazing Cully Hamner. Cully and I recently reunited on a story for DC's CYBERNETIC SUMMER anthology. This one was written in the wake of the Iraq War, and tells the grim tale of a body double to a Saddam-Hussein-style dictator. I probably did more research per page for it than for any other story I've written.

Official Copy: "Métal Hurlant" magazine was created in Paris in 1974 by Moebius, Druillet and Dionnet, the founding fathers of Les Humanoïdes Associés. This movement soon revolutionized the medium and inspired countless writers, artists and filmmakers the world over. Versions in various languages flourished everywhere, including in the States with "Heavy Metal." The French version was eventually shut down in 1987. But in 2002, Humanoids relaunched a limited publication of a 13-issue anthology, with one main goal: establishing a creative bridge between the US and Europe.