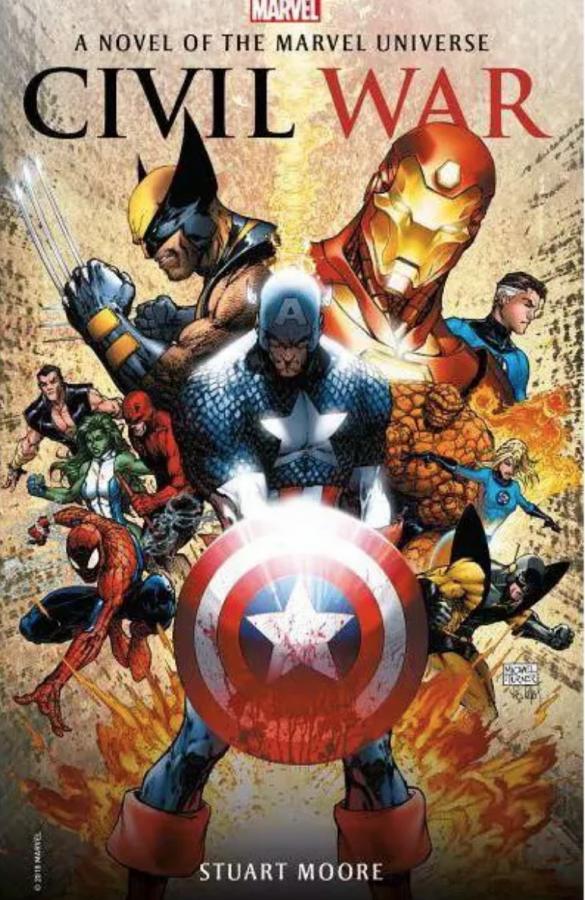 Civil War: A Novel of the Marvel Universe

“When Civil War was first released by Marvel, it presented two sides to an argument and had compelling arguments from the company’s most popular characters. [This book] does a great job of adapting this emotional battle and providing a fun read.”  —Adventures in Poor Taste

An adaptation of the comics series by Mark Millar and Steve McNiven, not the film. I had a blast with this one. Mark's original story is so tough, with great emotional beats, and caught the weird panic of the late GW Bush era perfectly. I didn't have to worry about crossovers or the other headaches of an event comic, so I was able to pull the plot threads a little tighter, hopefully in a satisfying way.

Oh, and somehow I love the fact that every SHIELD agent in this story acts like a complete tool. That always makes me laugh.

Official Copy: Iron Man and Captain America are two core members of the Avengers, the world's greatest superhero team. But when a tragic battle blows a hole in the city of Stamford, killing hundreds of people, the US government demands that all superheroes unmask and register their powers. To Tony Stark—Iron Man—it's a regrettable but necessary step. To Captain America, it's an unbearable assault on civil liberties.

“So FUN!...fast-paced, totally true to the characters we all love.” - GeekDad