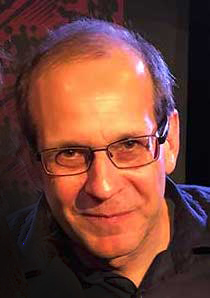 Stuart currently consults on a freelance basis for AHOY Comics, holding the mysterious title of “Ops.” He has been a book editor at St. Martin’s Press and editor of the Virgin Comics / SciFi Channel and Marvel Knights comics imprints. At DC Comics, he was a founding editor of the acclaimed Vertigo imprint.