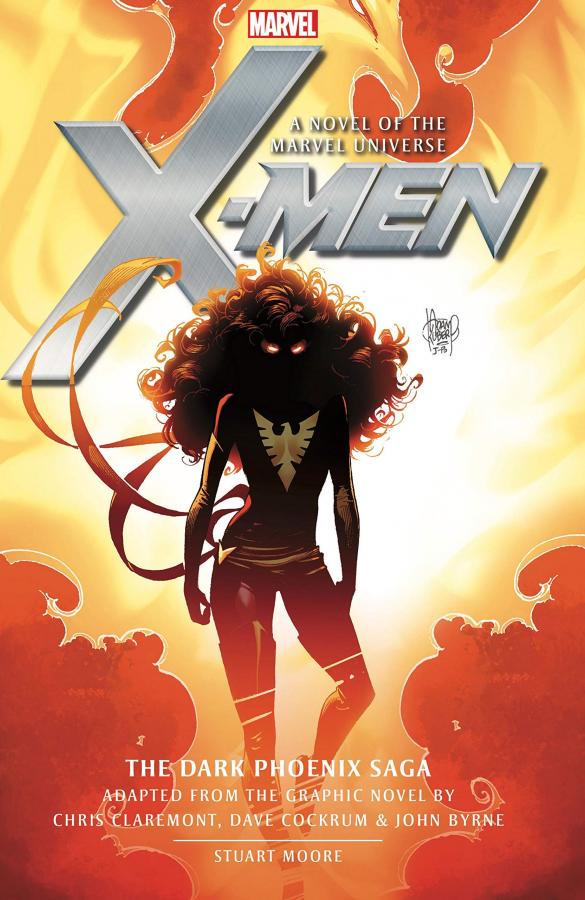 “Fans of the original novel will find a loyal adaptation by Moore, and readers only familiar with the film versions will learn some new nuggets inside some favorite characters’ backgrounds” - Borg.com

This was a tricky one. The original story is a capital-C CLASSIC, and it sprawled out over more than a year's worth of comics. I tried to shape it into a novel without losing the larger textures of the X-Men's world. Above all, I wanted to keep the POV on Jean Grey as much as possible.

Based on the comics, not the film.

Official Copy: One of the most popular X-Men epics of all time, revealing the birth of perhaps the deadliest force in the galaxy--Dark Phoenix.

PILOTING A DOOMED SHUTTLE THROUGH A MASSIVE SOLAR FLARE, JEAN GREY SACRIFICES HER LIFE TO SAVE THE X-MEN. THEN A MIRACLE OCCURS--AND SHE IS REBORN!

True to its namesake, the Phoenix rises, and Jean becomes one of the universe's most powerful entities. But when she and the X-Men launch an assault against the clandestine organization known as the Hellfire Club, she is manipulated into betraying her fellow mutants. Jean is transformed into the Hellfire Club's Black Queen, and her life takes a deadly turn. As her powers surge out of control, it becomes clear to all that the Phoenix must be stopped. Some would destroy her regardless of the cost, but the X-Men desperately seek to defeat her without killing Jean in the process.

The fate of our world hangs on their success.

"Moore has done a wonderful job attempting to translate the graphic novel and has to be commended for his effort. He gives it his all in a thrilling novel that fits in well within the Marvel Universe." -The Future of the Force

"Stuart Moore does a great job of tackling the much-loved tale of Jean Grey’s demise and return as The Phoenix...The new audience that’s grown up with these X-Men have a different understanding of values, like feminism, which is tapped into for this version of the story. Moore doesn’t shy away from that and adds it to his retelling." -CultureFly