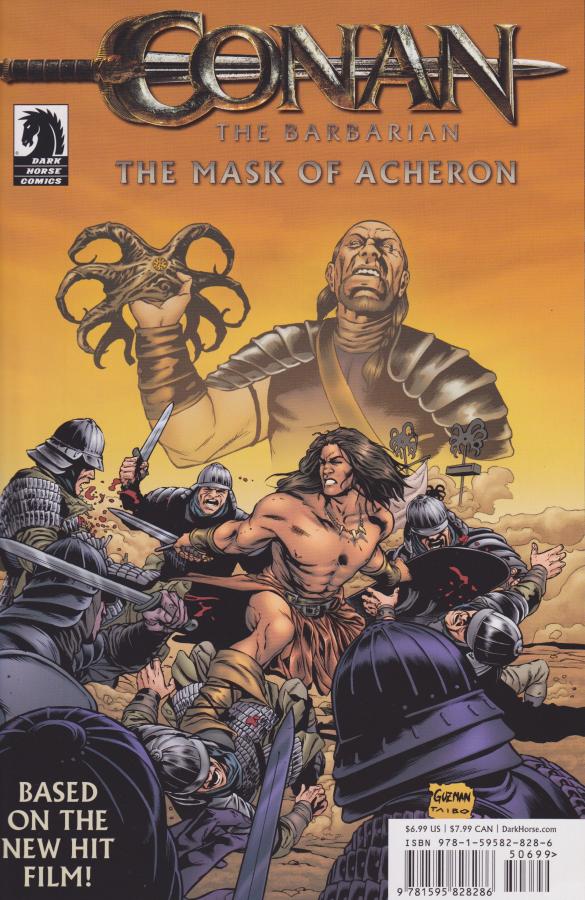 Conan the Barbarian: The Mask of Acheron

After witnessing his wife burned at the stake, warlord Khalar Zym sets out on a quest to find the mythical Mask of Acheron, an ancient artifact that will bring his beloved back to life. In his search across the lands, Zym destroys a village in northern Cimmeria, where a boy born of battle survives and is cast out into the world, alone. Years later, Zym crosses paths again with the boy who survived--Conan. Zym must now contend with this barbarian nuisance who is now set on vengeance for the slaughter of his village. Zym and his seductive witch daughter, Marique, eventually clash with Conan in an epic final battle, the outcome of which will decide the fate of the world.

Based on Conan the Barbarian, the 2011 motion picture from Millennium Films, Furla Productions and Conan Properties International.