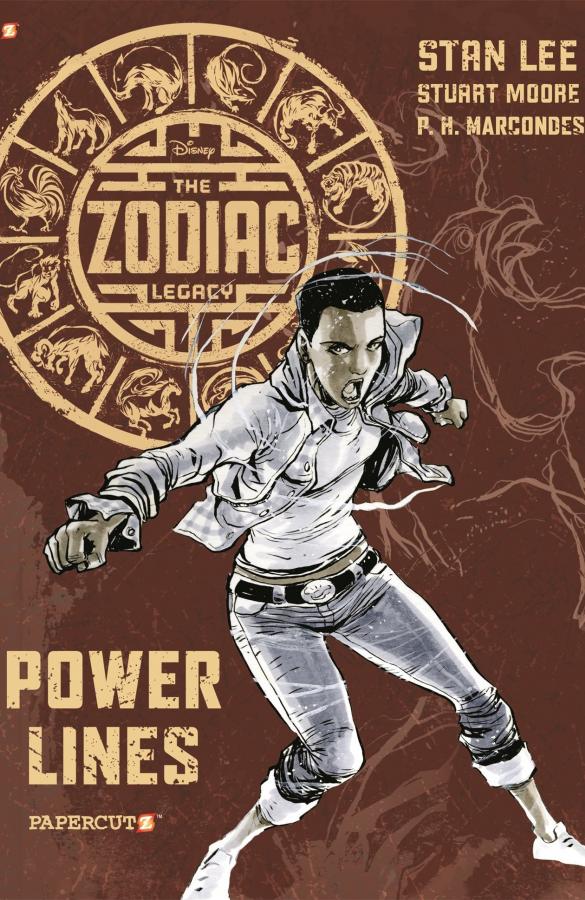 The second graphic novel spun off from the popular ZODIAC LEGACY prose novels, which I cowrote with Stan Lee. I wrote the graphic novels solo.

Steven Lee, fifteen-year-old leader of the Zodiac team, wields the awesome power of the Tiger—but now he's missing. So when a high-speed train runs amok in France, it's up to the other members of the team to stop it: Liam, the powerful Ram; Duane, the Pig, who controls information; and Roxanne, the fierce Rooster, with her unstoppable sonic power. But can they trust their new member—the former villain called Ox?