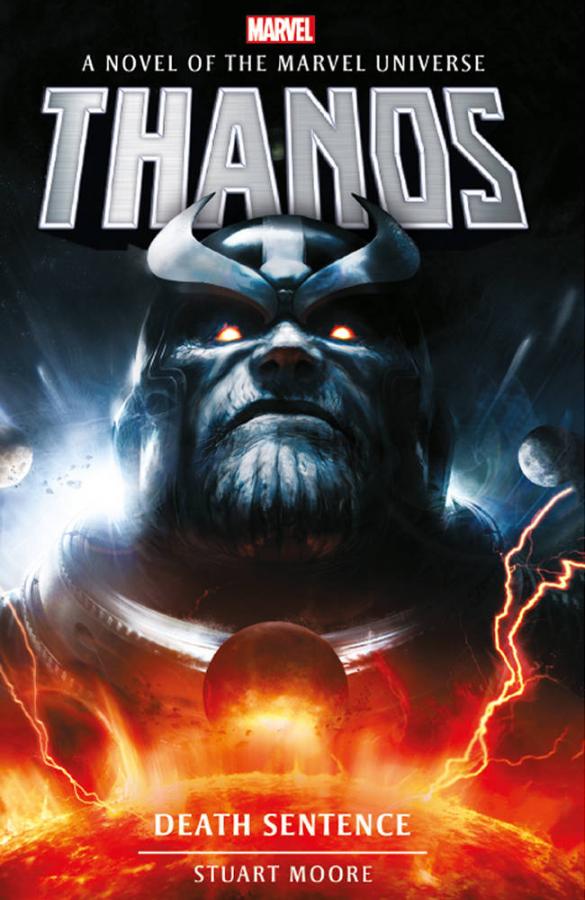 This is a favorite of mine. I pitched a radical take on Thanos: Strip him down to nothing and sentence him (see what I did there?) to wander the universe until he can be worthy of his power again. Marvel approved it quickly, with cautions but very few firm notes. I was nervous about writing something with such a loose structure, but the book came together very much the way I wanted it to, including the ending.

Official Copy: A new life for the Mad Titan! Thanos's pursuit of the Infinity Gems has always defined him. But when the Marvel heroes defeat him once again, Thanos's beloved Mistress Death grants him one final chance. Stripped of his powers and his old skin, Thanos embarks on a cosmic walkabout to reassert his power over himself and the Multiverse. This all-new, original tale explores the inner life of one of the most powerful beings in the Marvel Universe. Haunted by family—or the semblances of it—the Mad Titan may become something else entirely. Will he maintain his illusions of grandeur, or is this a new path for a lost god?