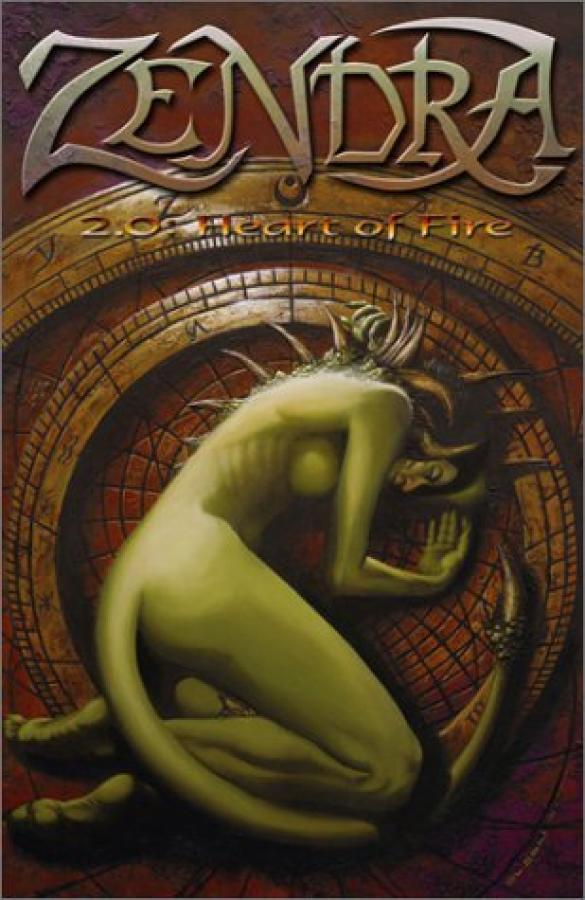 Across the war-torn universe, rumors of the mysterious planet Zendra and its Human inhabitants travel as part legend and part prophesy. To some, these stories are nothing more than myth, pretty tales crafted to offer frail illusions and small hopes of freedom. Others cling to what's been foretold: that one Human savior from Zendra will deliver the galaxies from the crush of the ever-spreading Jekkaran Empire. For HALLE, a Human/alien hybrid, and the small band of Humans, Zendra is a safe haven that suffers from the burden of faith, a living responsibility to entire other worlds. After a war with the brutal Jekkaran warlord Abathor, the Zendrans and HALLE have built a utopian socity far from the eys of the Empire. But appearances are fragile, and the semblance of peace ruptures at the very core of Zendra itself as deadly disruption waves overtake the planet. HALLE and a small group of Humans must journey to Zendra's center in search of a devastating mechanical failure, but what they find is more horrifying than they ever imagined: the planet's flaming heart masks a maniacal secret that threatens to destroy Zendra and all her inhabitants.

Compiled for the first time in graphic novel format, the original six issues of Zendra 2.0: Heart of Fire present readers with an explosive sci-fi adventure. Featuring a painted cover by Eirich Olson, technology and architectural schematics by Langdon Foss, and other bonus material, this book captures the epic space saga at its best.