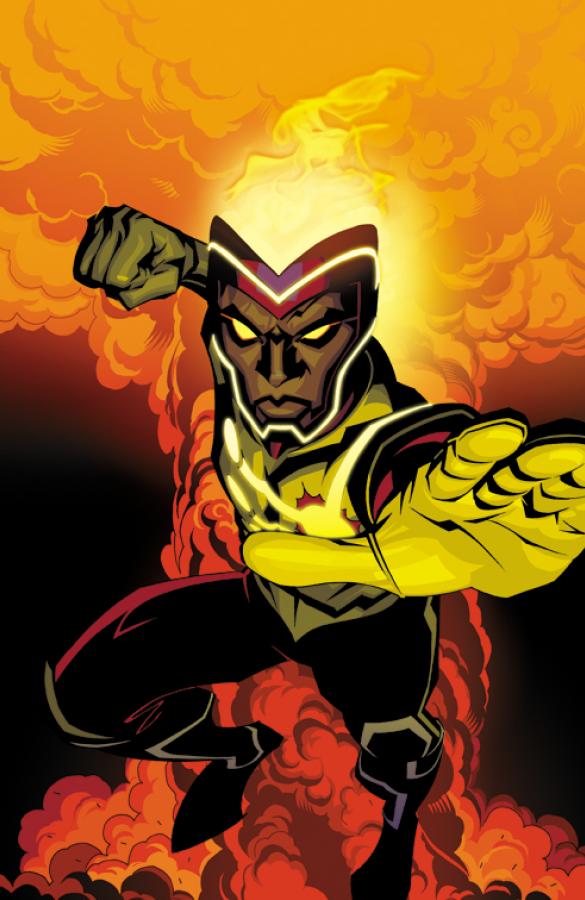 Jason Rusch was just an ordinary teenager from Detroit -- until a bolt of energy from the sky changed his life forever. Now, when he merges with another person to become FIRESTORM, he wields the elemental power of the universe itself.

Back on Earth after helping save the Universe, Jason finds himself merged with a new partner: Lorraine Reilly, the heroine known as Firehawk. Together they vow to find Professor Martin Stein, the missing member of the Firestorm team. But the Firestorm entity has become dangerously unstable -- and as they desperately search for their missing friend, Jason and Lorraine must face:

Plus a surprise cameo appearance by a DC Universe superstar -- the perils of college life in New York City -- and enough nuclear action to blow you away!

“The writing is sharp, the art is great, the pacing is fast and everything clicks together.” —ComicBloc